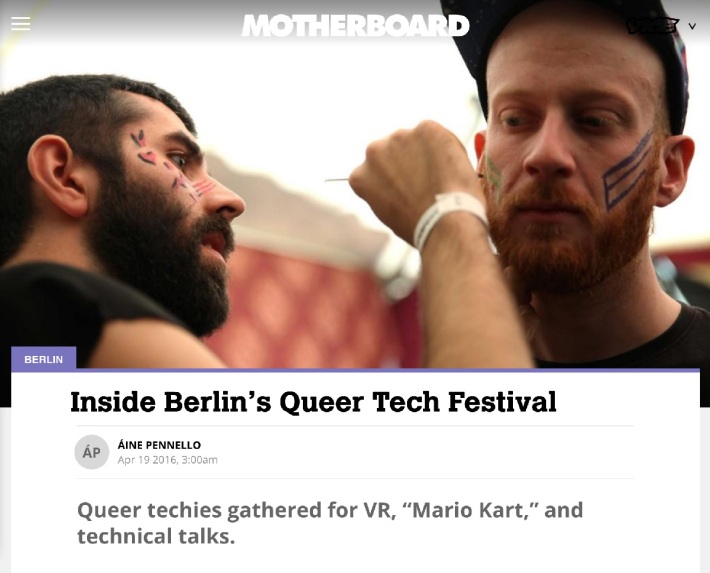 In the small upstairs office of a Berlin nightclub, a group of men quietly pass around an orange VR headset that promises to transport us to the world of virtual drag.

I strap on the goggles and find myself in the middle of a snowy mountain range, gliding up an icy staircase where a drag queen poses over and over again: hands on her hips, a pouty face, a jump in mid-air.

As I make my way to the top, I’m greeted by green butterflies and a giant ice sculpture that I initially mistake for a woman but later realize is a drag queen—then again, who am I to define what a ‘woman’ is anyway?

This isn’t some trippy club experience, this is #unit festival, which combines the markings of a tech conference with a focus on queerness, a concept that includes not just LGBT people but also those who don’t identify with strict gender binaries of male and female.

The VR experience I had, later explained as a “queering” of virtual reality with references to Judith Butler’s gender theory.